99software has great capabilities in video editing, After Effects and Adobe Photoshop. We have made VFX and SFX in some commercials and short films, we also have experience in editing and designing titles for short films and movies for weddings. We can fulfill VFX, SFX, compositing, rotoscoping, title animation and other design requirements.

What is Visual Effects (VFX)?

People have used different forms of communication to express ideas, visions and thoughts and tell stories from the beginning of time. To convey these thoughts to the audience in ways they have understood and entertained, another way was invented. Several decades later, the film industry continues to be one of the most popular entertainment media.

Every film wants to tell us its story. Passing on these stories is often a complex task. They can not let the viewer live in the best possible way. Sometimes the viewer lacks ingenuity or lack of technology on the part of the director. However, at present, this problem has been solved due to the increase of visual effects or VFX used in films. 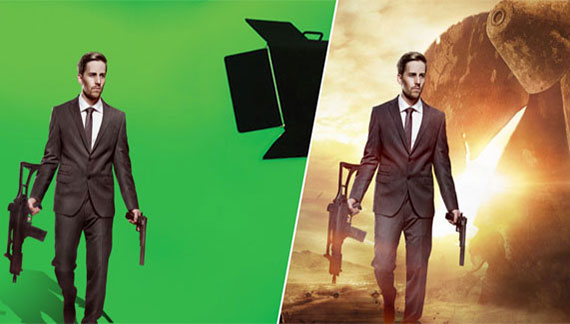 Why is VFX so important?

Simply put, VFX are special effects that are used to add depth to the visual presentation of history, and have been used in films in some way or other since the birth of the first films. Since then, visual effects have been used frequently, not just for special effects. Some films used dull colors to add blankets that were not present in the sets. Visual effects have evolved to provide views that are not suitable for filming.

With the advent of digital and computer graphics as tools for visual effects, artists can now manipulate their images in a way that was previously impossible. These will be added to your toolbox of previous techniques that include templates and thumbnails whenever you want. Almost every movie that comes from Hollywood uses visual effects to some extent and many independent movies have visual effects. Note that visual effects are not just for science fiction and fantasy movies. They can be widely used in historical films and even in topical comedies.

How is VFX manufactured?

Adding visual effects is not a job for a man. It requires many smaller milestones that need to be reached first. Processing a video is a procedure. Depending on the size and number of images to be done and the number of people involved, different companies have different procedures.

Matchmove, rotoscoping, modeling, animation, lighting / rendering, composition are some of the steps required when adding VFX. It is not necessary to know each step, but you may have a specialization for one or two of them.

SFX, short for special effects, is a software product that allows the creation of certain types of hypertext links in an information collection, such as the description of a library collection. For example, using SFX, a librarian could create contextual links between all components of an electronic collection of information, such as: Abstracts, full-text articles, library catalogs, databases and more. Indexing, journal citation, etc. Contextual links provide much easier access to information: Metadata in one source links it to other related sources that the user can access by simply clicking links. SFX was developed by Herbert Van de Sompel at the University of Ghent in Belgium in collaboration with the Los Alamos National Laboratory. The product has already been taken over by Ex Libris, an Israeli company that has developed Aleph, the original library automation product.

The essential core of the SFX system is a database of connectable resources (such as OPAC, serial link list, and current content) and access rules, such as the data items to be transferred, the thresholds of data, and material categories. SFX communicates via OpenURL, a protocol that enables the transfer of metadata between an information service and a service component. MetaLib is an Ex Libris portal product used in conjunction with SFX to create a standardized interface for users of different systems.

In a typical user scenario, a searcher requests links to a particular record by pressing a special effects button. SFX accesses the details of the record you are looking for to select the links, then organizes those links and makes them available to the user. A researcher might automatically be provided with information such as As a bibliographic citation of a newspaper article, which he would have previously received manually.

What is the difference between special effects and visual effects?

Special effects can be divided into two categories: optical and mechanical. The visual effects are achieved by manipulating the camera and lighting, which makes your scene different from what appears at first glance. This can include working with camera lenses, lighting types, or camera shots that give the shot a particular aspect. The Special Effects Supervisor is responsible for creative decisions and works directly with the director on set to achieve what he wants.

Mechanical effects involve working during a live action shot and generally refer to making things look / look like they are not. For example, dealing with weather conditions such as wind and snow is a big part of the mechanical effects. Pyrotechnics and working with models are another aspect of mechanical effects.

We also offer basic services such as:

EXPERTS OF SFX AND VFX:

99software is a limited liability company with a long tradition and a family business offering VFX and SFX for television, cinema and advertising. Conveniently located in the center of Bangladesh, with a fully equipped workshop, we are the complete solution for special effects.

Our spectrum of activity:

We are highly qualified and experience a wide range of effects. All pyrotechnic effects and fires are completely covered in case of fire and in complete safety. We also offer wind, rain, snow, smoke, atmosphere, explosives, bullet holes, tires, hydraulics, rigging and unique solutions.